Gujarat, our state located in the western part of India, was established on 1 May 1960. The capital of Gujarat is Gandhinagar.

Gujarat is a diversified state. People of all castes live here without any discrimination. All people celebrate each other’s festivals.

The lion sanctuary in Gujarat is in Gir (Junagadh), Kalika Pavagadh, the white desert of Ambaji Kutch and Nalsarovar in Arasura. The Sardar Sarovar Dam and the Statue of Unity are the focus of foreign tourists.

My State Gujarat essay in English for class 9 and 1o

Jai Garvi Gujarat the words of the great poet Narmad suns up my feelings for my glorious Gujarat. The state of Gujarat lies to the western most tip of India. It is one of the most developed states in the country. The people of Gujarat are friendly, loving and adventurous.

Gandhinagar is the capital of Gujarat. Ahmedabad, vadodara bhavnagar, rajkot, Jamnagar, surat and bhuj are some of the chief cities of Gujarat. Gujarat has many industries, petroleum refineries, co-operative dairy and farms. The bandhani work of Jamnagar, the patola sari of patan and the zari work of surat are very popular.

Gujarat has produced great leaders like Gandhi and Sardar. It is proud of scientists like Dr. vikram Sarabhai and poets like Narmad, Kalapi and Umashankar Joshi.

Makarsankranti, Navratri and Janmashtami are some of the popular festivals of Gujarat. The tarnetar fair and the pavagadh fair are well-known all over the country. The garba and dandiya raas are the popular dances of Gujarat. Khaman, Dhokla , Undhiyoo, Jalebi and gathiya are some of tasty food items of Gujarat. Gujarat has many pilgrimage centers like dwarka, palitana and ambaji. Sasan Gir and nal sarovar are the famous wild life sanctuaries. I am proud to be a Gujarat and equally proud of my Gujarat.

my state gujarat essay in English for class 10

Gujarat, our state located in the western part of India, was established on 1 May 1960. The state of Gujarat came into existence by dividing it from the state of Mumbai. Gujarat was started as an independent state by Ravi Shankar Maharaj, a symbol of Gandhi values ​​and respected.

Ahmedabad was the first capital of Gujarat. The newly formed city was shifted to the capital Gandhinagar in the name of Mahatma Gandhi in the country.

Gujarat is a diversified state. People of all castes live here without any discrimination. All the people celebrate each other’s festivals. The Gujarati language is mainly spoken in Gujarat. However, due to different regions, there is a diversity of regional languages.

People of Gujarat are festive. The festival of Navratri is discussed here not only in India but also in the world. Diwali, Mahoram, Jagannath Rath Yatra, Uttarayan is the main festival here.

You experience all types of climate in Gujarat. There are flat plains here. There are also high mountains – mountains. There is a desert region, so rivers like Sabarmati, Mahi and Narmada flow. Gujarat also has a coastline of about 1600 km.

Gir (Junagadh), the only lion sanctuary in Asia, is also located in Gujarat. Kalika is sitting on a hill in Pavagadh, and in Arasura, Ambaji Mataji blesses. The white desert of Kutch and Nalsarovar also attract tourists. Dholavira and Lothal share an invaluable history legacy. The Sardar Sarovar Dam and the Statue of Unity are the focus of foreign tourists.

Gujarat has given India the gift of two prominent leaders of its independence movement, Mahatma Gandhi and Sardar Vallabhbhai Patel. The country became independent under the leadership of Gandhiji and the government has done a great service to the country by making it an indivisible country to save the country in pieces. Will always remember them.

Gujarat has given the world two neighboring countries. Mahatma Gandhi in India and Mohammad Ali Jinnah for Pakistan. Both are Saurashtra donations. Shri Morarji Desai and Vikram Sarabhai have served India from Gujarat itself. The world famous Prime Minister like Narendra Modi is also a charity of Gujarat.

Gujarat is one of the richest states in India. Gujarat has earned its name as the most developing state in the country. Today, there is competition among capital investors at home and abroad to set up industries in Gujarat.

Apart from Gujarat and the five million Gujaratis living there, many enterprising Gujaratis known as Moneymind have reached every corner of the world to earn money and seek a better life.

Thus, Gujarat is a world-famous state for exclusivity, diversity, development, travel and progress. That is why poets have gone to Narmad.
“Jai Jai Garvi Gujarat! 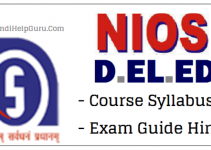 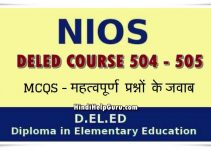 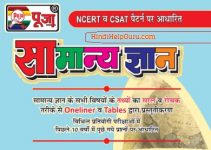